We bring up customers from London to Aberdeen fairly frequently, and since we are local to Scotland, we can always help with unloading the following day, should that be required.

If you plan to relocate to Aberdeen from London, it would be reasonable to expect the delivery the following day, as we would load in London during the day, and it would already be dark by the time we reach Aberdeen, so delivering the following morning is the best idea, so the men are well rested and your new neighbours are not disturbed either.

Moving from London to Aberdeen

We have been making these London to Aberdeen trips regularly, making us very familiar with the routes which alternatively means no unnecessary delays and also means we have vans coming up bringing part loads such as removals for students or a simple sofa being sent to a loved one. So if you’re moving just a few boxes or a single furniture item, don’t think that we would not be willing to assist. We are equally happy to move your stuff, whether it’s a small load or a large-scale house removal.

Needing a removal from London to Aberdeen or the Other Way Around? – Perfect! Also, take a minute to read the 11 Joys of moving from London to Edinburgh here!

Compared to removal companies in London we would also work out to be cost effective, the distance to cover both ways is the same, but companies up north are cheaper then the removals services providers in London and suburbs; our cost of operations is less than the London Removal Companies. We take pride in being priced reasonably for our customers, and you will notice that in our quotes. You can fill in this totally free no obligation Quote Form and we can give you a price for your move.

Moving from London to Aberdeen

Don’t worry if you are not exactly going up to Aberdeen, anywhere along the way, or even further than Aberdeen is covered, we have moved a customer from Brighton to Thurso in the past, it was interesting that they moved right from the southern coast to the northern most coast of the UK. We also cover other Scottish cities and destinations, so it doesn’t matter if you are going from London to Edinburgh,  Glasgow,  or Inverness, we cover the whole of Scotland. 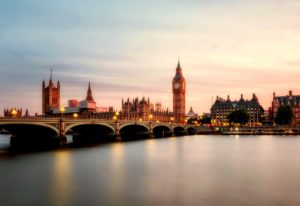 Similarly, you don’t have to be coming from just London, we can bring you up from anywhere in England, be it Cambridge, Brighton or Plymouth. We bring customers up from along the way like Birmingham or Manchester, and NewCastle as well. In short, you can be moving from England to Scotland, in any city and the destination or the origin would be covered.

We also have a storage facility up in Edinburgh, just in case you cannot move in for any reasons like delays with keys or the previous owners not moving out in time, or simply you are moving to Aberdeen at a later time, we can store your contents, until the time you would like them delivered. You may not necessarily need the storage but it also offers peace of mind that there is a backup available just in case, things do not go as planned. Our storage prices are pretty reasonable too 🙂 check out our Storage Facilities Page for more details.

We would highly recommend that you fill in our enquiry form and give us the opportunity to give you a quote, even if you don’t have a place finalized yet, it is a good idea to discuss and get estimates of the moving cost, this can even allow you to appropriately bid on the property, taking into consideration the cost of moving to Aberdeen. We also believe we should ask for a quote even if you are on a tight budget and think that a professional removal companies are pricey. We are sure you’ll be surprised by our competitive quote (it might be even cheaper than getting a man with a van from London to Aberdeen)!

We look forward to helping you with your London to Aberdeen Removal and we hope to hear from you soon. Happy Moving!