Compromises when you Move from London to Edinburgh

If you are a Londoner considering a move to Edinburgh, there are plenty of things to cherish, some of which can be found be in our in blog post about joys of moving from London to Edinburgh. You will appreciate that it can’t be rosy all the time.
So here is a list of some of the NOT so good things in Edinburgh when compared to London: 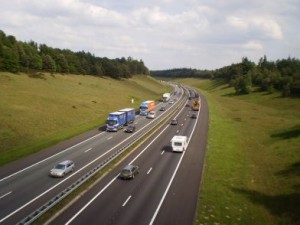 Living in London you have always thought the weather isn’t the greatest and it rains all the time. Wait till you get to Edinburgh and you shall start missing the London sun; Yes, there is sun in London when your viewpoint is that of someone with an EH postcode.
It rains a lot more in Scotland in general, and it’s very windy up in Edinburgh, and to make things worse the freezing cold breeze comes from the North Sea. And in winters, you have at least 1 less hour of day light, it would get dark well before 4:00pm, and you will also have to wait a little while longer before the sunrise. Overall, it would normally be at least 5 degrees colder than London, which is not very welcome in the cold, grey, dull and dark winter days, so be prepared to moan a bit more about the weather.

London being one of the most expensive cities in the world, makes Londoners believe that nowhere can be more expensive and wherever they shall go it is most likely be cheaper, when it comes to restaurants and take away food, it is certainly not true. London markets are very competitive and there is a lot of competition in the food industry, the factors of the free market economy keep prices in check. 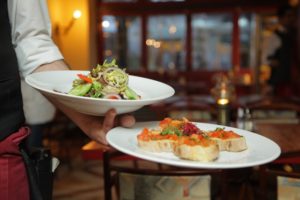 On the go, you can grab an authentic shawarma from Edgware road for just £4.00 and much cheaper in various other parts of town, however, in Edinburgh an average tasting shawarma from a greasy spoon can cost you £7 or even more sometime. The dishes that you can order in a London restaurant for say £12, will suddenly be £16 or more. You’d like to think that it would be the other way round but for some odd reason, it isn’t and food prices in Edinburgh generally remain higher than in London.

Being a capital, Edinburgh has plenty to offer when it comes to dining, however, if you are used to the variety and choice of cuisine in London, where you can practically try delicacies from anywhere in the world, you may struggle a bit in Edinburgh. 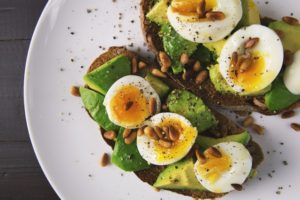 For instance, if there are 10 renowned Iranian restaurants in London, you may only be able to find one. It’s a small city with a population of half a million people, so it has its limitations and in volume it cannot be compared in any way to a city of over 8 Million people, you are bound to have less choices, unless its whiskey.

‘London wage’ is actually a term to describe a higher wage one gets, just because they live in London. The wages in Edinburgh for a like for like role may not be the same as in London, so be prepared to see a smaller pay cheque. But since you will get a lot more for your money in general, overall you shall still be better off in most cases.

There is No Underground:

Although this isn’t really a bad thing, as commuting in Edinburgh is far more easier than in London, but just in case you think you will miss the morning London underground announcements, there is no ‘Mind the Gap’ announcement up north. 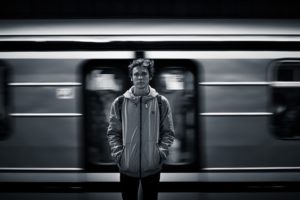 London being one of the most expensive cities in the world, makes Londoners believe that nowhere can be more expensive and wherever they shall go it is most likely be cheaper, when it comes to restaurants and take away food, it is certainly not true. London markets are very competitive and there is a lot of competition in the food industry, the factors of the free market economy keep prices in check.

Before you think it was an attempt to discourage you from moving to Edinburgh, don’t forget to read the great things Edinburgh has to offer, and, No! that’s not all made up of Haggis.