Moving from Manchester to Edinburgh – things you might miss

Moving to Edinburgh from Manchester? We have some tips for you!

Think you might be homesick after moving from Manchester to Edinburgh? Manchester has a lot going for it, and you may miss a few things when you move to Edinburgh, but you can find some alternatives in and around the exciting capital of Scotland. Here are a few suggestions.

Unfortunately, Edinburgh has no equivalent of Manchester’s HOME, which combines all these in one location. However, it does have some great individual cinemas, theatres and art galleries which are certainly as good as their Manchester equivalents.

If you’re looking for arts cinemas, we recommend the Lothian Road/Tollcross area where you’ll find both the Filmhouse (which also has a good range of food, as well as real ales on tap) and the Cameo Picturehouse (which has a very pleasant bar, often much quieter than other bars in the area). The independent Dominion Cinema in Morningside, just a bit further north, is well worth a visit if you fancy really indulging yourself! 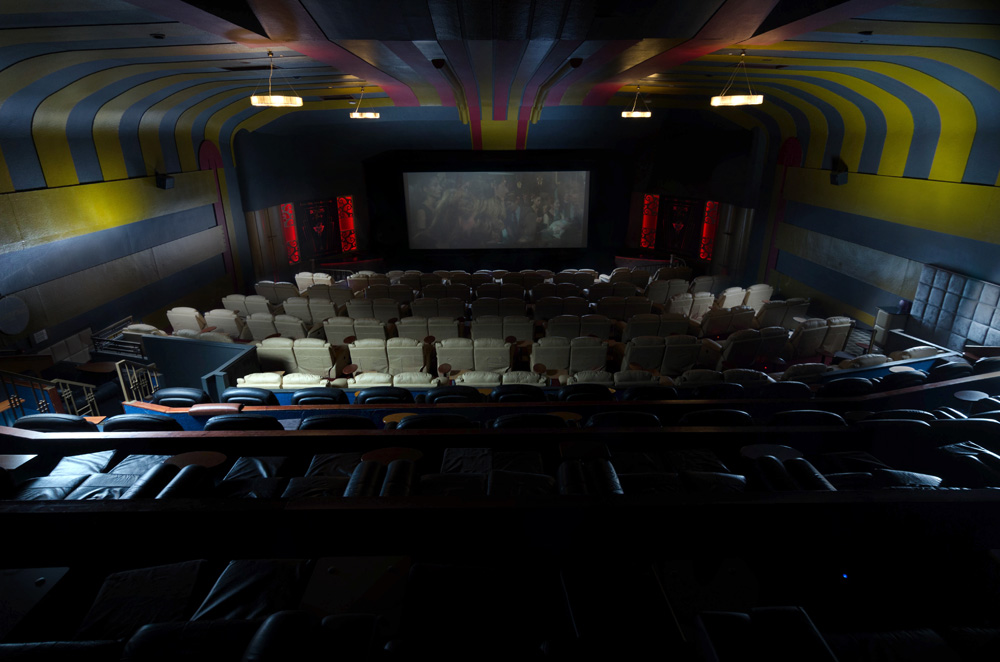 If you’re looking for good theatres, then three contrasting ones can be found almost opposite the Filmhouse (see above), the Usher Hall (‘Scotland’s premier live music venue’), the Traverse Theatre (dedicated to new writing, it has a spacious basement bar where art is often exhibited), and the Lyceum (‘Scotland’s leading producing theatre’). Not far away, and close to the Cameo Cinema (see above) is the King’s Theatre. Other notable Edinburgh cinemas include the Festival Theatre and the Edinburgh Playhouse. Of course, during the Edinburgh Festival and Fringe, hundreds of other venues become theatres! Manchester has nothing like this!

As far as art galleries go, you are really spoilt in Edinburgh. The Scottish Gallery of Modern Art, which has two buildings in sculpted grounds, is a must, as is the central National Gallery of Scotland. The Scottish National Portrait Gallery is also well worth a visit. Not far from the latter, we also recommend browsing the numerous small galleries in the New Town, for example along the southern end of Dundas Street. Here are TimeOut’s Edinburgh gallery recommendations.

All of these National Galleries are worth a visit!

Manchester has really made a feature of its industrial legacy, not least its canals. Well, Edinburgh’s stretch of the Union Canal is also worth a visit. You can start at Akva (one of Edinburgh’s six Swedish bars), and walk, cycle or canoe west to the famous Falkirk Wheel, if you are ambitious. If you have only an hour to kill, then just stroll to Harrison Park, a great place for a summer picnic. 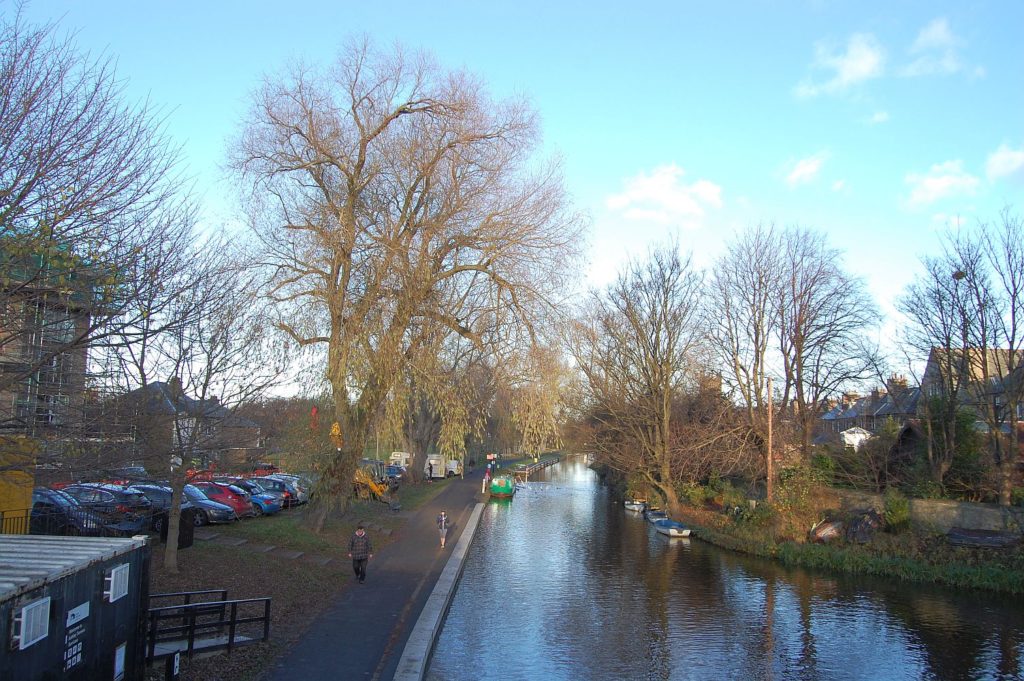 Union Canal near Harrison Park – not quite as spectacular as Manchester’s canals, but pleasant enough!

The highlight, in terms of waterways, however, must be the Water of Leith. The Shore, near where it enters the Firth of Forth, has some lovely bars, restaurants and cafés, but the best stretch for a stroll is probably from quirky Stockbridge (think of West Didsbury or Chorlton-cum-Hardy) to the Gallery of Modern Art (see above),
which takes you
through the
charming Dean Village
and under the spectacular Dean Bridge.

It’s true that Edinburgh does not have anywhere with the density of South Asian restaurants found in Rusholme’s famous Curry Mile, so if you are moving from Manchester to Edinburgh that is something you might miss. There is, however, a good concentration of curry places in the Newington area (e.g. the cheap and cheerful Kebab Mahal and Mosque Kitchen, and the excellent vegetarian Kalpna Restaurant). The chances are your friends and colleagues in Edinburgh will have their favourite local, as tens of these restaurants are scattered throughout the city. Here are Trip Advisor’s Indian restaurant recommendations.

If you’re pining for the Peak District after moving from Manchester to Edinburgh, don’t worry. There are plenty of stunning hills in Edinburgh itself and some lovely walks in the nearby Pentland and Lammermuir hills. 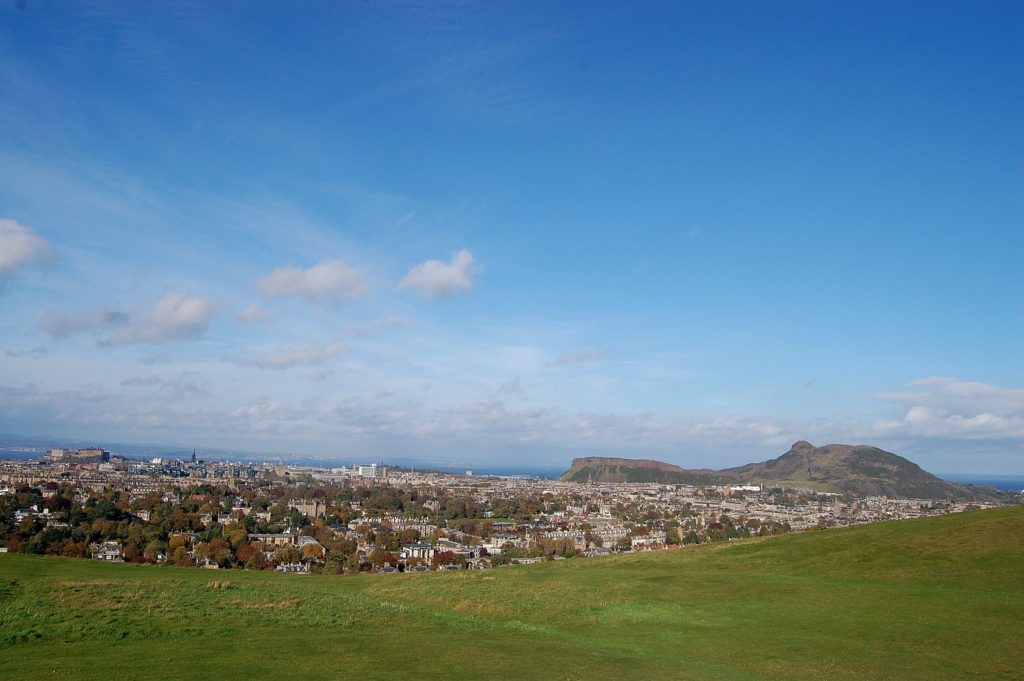 A view of Arthur’s Seat from Blackford Hill. There are many hills in and around Edinburgh, so no need to miss the Peak District!

In the city you’ll find the Castle Rock at the top end of the Royal Mile, Calton Hill, Corstorphine Hill, the Braid Hills, Blackford Hill and Craiglockhart Hill. We recommend Calton Hill for a great view over the city without much effort, Arthur’s Seat for the best view, and Blackford and Craiglockhart for the associated ponds and nature
reserve areas as well
as their spectacular views.
The Royal Botanical Gardens of Edinburgh
also feature a central hill from
which there’s a lovely view of
Edinburgh Castle.

For the serious hiker, you’ll find some good routes not too far from Edinburgh on the ‘walkhighlands’ website. 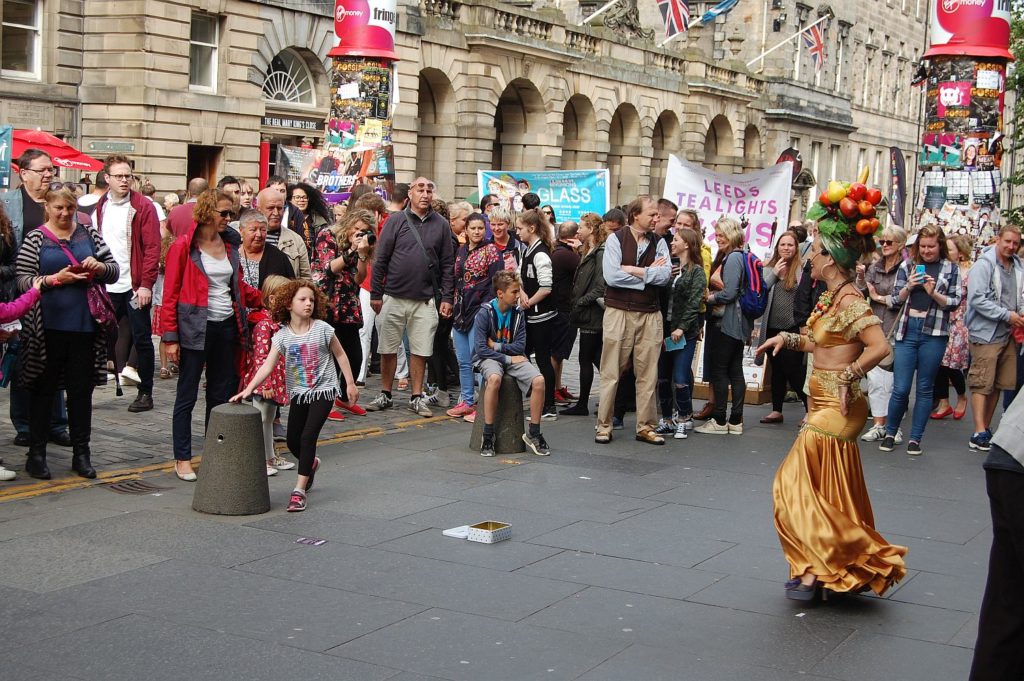 Performer on the Royal Mile during the Edinburgh Festival (and Fringe)

In conclusion, if you’re moving from Manchester to Edinburgh, you have lot to look forward to! Apart from having many similar attractions, Edinburgh also hosts the largest international arts festival in the world (when considered along with the Fringe).