12 Surprises of Moving from England to Scotland

If you are considering moving from England to Scotland, you need to get familiar with subtle differences between the two regions, some things are definitely slightly different up north. Here are a few things you need to keep in mind when relocating to Scotland: 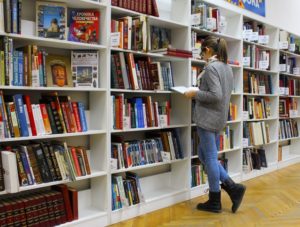 But for those who were residents in Scotland already it is completely free. In fact it’s not just the fees, depending upon your circumstances, students can also get a bursary to help with their living costs, and some bursaries cover the entire living costs; you really do have a better chance of getting a cheaper or free degree in Scotland as opposed to England.

Moving From England To Scotland

Scottish NHS is separate to the English NHS, and since Scotland only has a population of 5 Million people the NHS up north is not as much burdened as the one in England, the NHS waiting times are much less in Scotland, and one can get same day appointments at surgeries and be seen at the hospital emergencies without waiting for too long. This may also be true for smallish towns in England, but if you are moving from a bigger city like London or Manchester you are bound to experience a difference. Scotland also has 24/7 service where you can speak to members of staff for medical advice, it’s called NHS 24/7. At the time of writing it is unclear if a similar service is available in England.

Although safety is a perceived concept, but going by official statistics, Scotland overall has lesser crime than England, it could be simply because it is a small population or simply because it is in the north, who knows!
Some of the English cities like London have a huge knife crime problem, whilst Scotland may have its own share of crime issues, knife crime in particular isn’t very popular.

Whilst most people do realise that Scotland is a different administrative unit, but what some people don’t realise is that it is a completely separate jurisdiction, it has its own parliament, plenty of devolved powers, and local Scottish laws, which could cover all areas of life if you start living in Scotland.

Easier to get divorced:

Talking of jurisdiction and separate laws, it is much easier to get divorced in Scotland, especially if both parties consent to it. Scotland has a form of divorce procedure called the simplified DIY – Do it yourself –divorce procedure, and it enables couples to get divorced by just filling in a few forms themselves and by mutual consent, without blaming either party. This is significantly different to what the English are used to, where there has to be a faulty party. Looks like Scots want make getting divorced easier than applying for a travel visa for going abroad.

Purchase of property is significantly different in Scotland too, whilst the overall procedure has a lot of differences, which you can let solicitors take care of. The one major difference is also with the way properties are priced. Properties in Scotland are commonly listed as ‘Offers Offers’ which means you have to bid over the stated price and other potential buyers can outbid you, so buyers end up in a bidding war and can end up not knowing how much money would buy their next home, as opposed to England, where houses simply have asking prices and you can either buy for the asking price or even offer less than the asking price. Fixed price sales are not very popular in Scotland and only become popular during the recession periods only. Scotland also does not seem to appreciate the idea or leasehold or freehold, properties in Scotland are generally sold under freehold like conditions.

Scotland has its own currency, so get used to funny looking bank notes – well actually they aren’t funny at all – but since the English are not used to seeing the Scottish notes, they tend to take a detailed glance at Scottish notes. Don’t worry it’s something you get used to fairly easily.

Now this is not to say that England has bad traffic everywhere but if you are moving from bigger cities, you are certainly going to feel the difference in Scotland. Firstly there are less cars on the road due to reduced population, and then the drivers in the north are super courteous. Give ways are the roundabouts can look like everyone just trying to show off their patience and courteousness.

Well this is only true for summer, but it’s well worth it. Imagine a 20 hour day in June, and you can just do so much with that daylight. You get at least a minimum of 1 extra hour of light in Scotland during summer. Sadly, this is the opposite in winters, the days are shorter, colder, and gloomy, so keep that in mind.

If you are moving from a bigger city, car insurance premium are definitively going to surprise you positively. Whilst the English countryside also enjoys low insurance premiums but if you compare cities, there is a significant difference.

The weather is Scotland is certainly more miserable than the English weather, no matter what city you compare it with, Scotland in general is windier. It rains a lot in Scotland and winters are dull and miserable, a notch above England. So please be mentally prepared to embrace the not so exciting weather in Scotland.

The Scottish accent is quite a unique one, and it’s not just the accent, Scots have their own words, which are unheard of in England. After Gaelic was Scotland’s language and have heavily influenced the English that’s spoken in English. When you are looking at Loch Lomond on the map, it’s actually Lake Lomond, but a lake in Scotland is called a Loch in Scotland. Can you imagine if Lake District was in Scotland? It would be called Loch District. Once you move up here, you shall get used to frequent use of words like Aye (for a Yes), and Wee (for everything that may or may not be little).

Hopefully you find these differences helpful and if you have any observations of your own, please feel free to share and we shall be happy to add your suggestions right here.

We wish you all the best with your move to Scotland.