8 Joys of Moving from Glasgow to London

Thinking of moving from Glasgow to London? Considering such a move could make you nervous. The City, Westminster, London, Greater London, you hear these words on the television and radio all day, every day but what does it actually mean living down in London. Here is a list of what to expect:

For a start, if you are working, you can expect to see more money into your account. Salaries in London are generally much higher than other parts of the UK, to the extent that ‘London Wage’ is a term used to describe Salaries in London. You don’t need to get promoted or anything, just the same role in the same company will have a higher salary in London and if you are making a lucky switch, it can be significantly more. It may be true for business owners as well, businesses tend to make more money down in London than they do up in North, more people simply means more money. Time to say good bye to Scottish salaries.

Living in London, you will never need to take a connecting flight to anywhere in Europe, and you can fly directly to most big cities of the world, and every day. Could you have done that in Glasgow? Sadly, no! Because we have a wee airport up here that doesn’t do a lot of direct flights and does not have daily flights to all destinations. 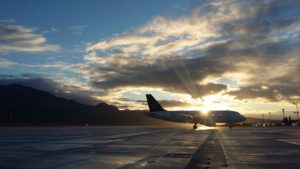 London on the other hand has 5 airports, Heathrow being one of the busiest in the world. And you can virtually fly anywhere in the world directly, unless it’s a long haul flight to Australia, which is changing too, as Qantas has started a direct flight from London to Perth recently. Due to increased competition and multiple airline choices, it is also cheaper to fly out of London, despite increased airport taxes, so your next holiday abroad may cost a bit less. This liberty does not just apply to international travel, it’s the same for travel within the UK, London remains the most connected city in the UK, so you can fly to any airports in the UK with far too many options. 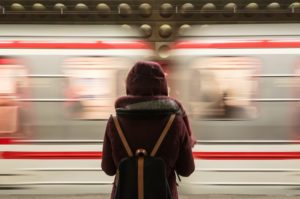 If you’re moving from Glasgow to London one of the benefits is that you can take a train from London and be in Paris in just over 2 hours, same applied to Brussels. This capital is seriously well connected with other important capitals of the world. You could not feel this proximity to the world from Glasgow, where a train to London alone can take up to 5 hours. The trains don’t just provide connectivity abroad, they also take you to virtually everywhere in the UK, and it’s easier to find direct and more frequent train from London than anywhere else in the country. Living in London, you will suddenly feel connected to the rest of the world.

Moving from Glasgow to London? You’ll Find Getting Around is Easier:

London uses all forms of transport known to mankind; we discussed the flights and train above, allowing you to connect to other cities in the world. But, London offers so many choices to commuters for getting around within the city, that there is a completely separate organization for that. TFL (Transport for London) is a renowned department, which helps Londoners get from A to B on daily basis. There is an extensive underground tube service, you have the tram in certain areas of south-London, and along the Thames you can even take a boat. Traditional buses operate everywhere including night buses, and the trains even have stops within London, you can even take a train within London. All of these forms of commute improve your access to practically anywhere in town.

Its not just the pay cheque or the transport options, your career and growth options suddenly increase. Organisations are bigger in size, the exposure is different and people tend to find much more growth options in the Capital, so if you are hungry for growth and progression London is the place to be irrespective of your industry.

World Cuisine on your Doorstep:

If you’re moving from Glasgow to London, you’ll notice your new home is a lot more cosmopolitan; this brings diversity, which is also reflected in the food choice available to Londoners.

Whether you fancy an Afghan traditional dish, or something from South American, from Vietnamese food to Moroccan Tajine, London has it all.

You will never run out of food options in London, and due to increased competition the food is authentic and tastes just as good, as it would in the home countries. It would be safe to say that you risk putting on a few extra pounds by just living with London food choices.

Although Londoners don’t think much of the weather in London, but then they haven’t dealt with the Scottish weather, it’s all relative, isn’t it? London gets plenty more sunshine than Glasgow. The temperature in summer goes up to 30 degrees, and above, which is unheard of in Scotland. It is certainly less windy as well.

In winters, they are a few degrees warmer in London on most days. And it doesn’t snow or rain as much as it does in Scotland. Once you move down south you shall find the weather to be a bit of a relief. And because you are a few degrees closer to the equator, you will have more daylight in winter days and it would not get dark shy of 4:00pm. You won’t be complaining about the weather as much as you would in Scotland. 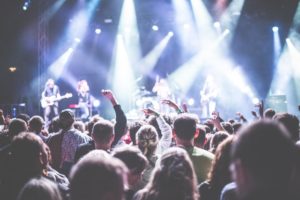 London has some of the world renowned clubs, Ministry of Sound, Fabric (that closed down) and so many more. The clubs in London stay open till the crack of dawn and you could be coming out of one in day light, and not so surprisingly there are after party places, if you are still not done, having a good night. The scale and magnitude of the clubs and what the London night life has to offer is unmatched compared to its rivals in the north.

Recently, the mayor of London started a night tube service – the underground train – to facilitate the London’s ‘night economy’ as they call it. It must be a serious affair; if an underground service had to operate during the night to help Londoners get home after a good night out. So get ready for some great world class night life.

There are plenty of other amazing things in London; like the Museums, Art Galleries and Exhibitions, breath taking landmarks, business hubs, beautiful parks, fashion, 43 Universities in one city, Afternoon tea brunches, London Markets, quirky bars and cafes, and unique districts like Camden Town. But, the brief list above highlights some of the features that you would most appreciate moving to London from Glasgow or any other Scottish city. Enjoy London!