Interesting information for those moving to London from Edinburgh

We’ve put together some facts and thoughts for those moving to London from Edinburgh on the page below, and on these pages too:

Are people in London different? It seems so, and it’s not good! 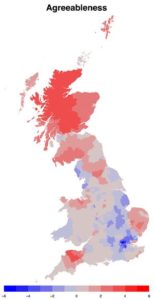 Cambridge University mapped personalities across the UK and found Londoners were not very agreeable!

Many places have stereotypes attached to them with regard to people’s characters. Some are entirely false, but others contain at least some truth. Sorry to break the bad news to you if you’re moving to London from Edinburgh , but according to a personality map of the UK produced by Cambridge University, people in Scotland tend to be agreeable and co-operative, whereas Londoners tend to be uncooperative, quarrelsome and irritable!

However, the good news is that Londoners apparently vary greatly from borough to borough. Therefore you can probably find plenty of people like you somewhere in this enormous metropolis. An interactive graphic on the Telegraph website lets you compare London boroughs according to their openness to experience, emotional stability, agreeableness, conscientiousness, life satisfaction and extraversion.

According to this, you’ll find the people most open to experience in the centre of the city (Tower Hamlets, Hackney and Islington). The most stable people supposedly live in Hammersmith and Fulham, and Wandsworth.

You’ll find the most agreeable Londoners in outlying boroughs such as Croydon, Enfield and Barnet. The highest average level of conscientiousness is found in Hillingdon and Merton. 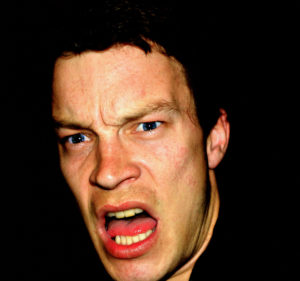 While Londoners on the whole are supposedly less agreeable than Scottish people, you’ll reportedly find many agreeable people in Croydon!

The most satisfied Londoners live in parts of Richmond and western Wandsworth. The most outgoing people are apparently to be found in Richmond, Wandsworth and Lambeth.

Moving to London from Edinburgh, will you be happy?

Even if you find yourself in a borough which does not match your personality, the good news is that if you move to London you may at least be very unlikely to commit suicide! In 2011 London had the lowest suicide rate in the UK, despite high levels of stress and relatively low wellbeing. (Stress levels may well be lower in London than in Scotland, though, according to a Scotsman article.) In 2016 the suicide rate in London was still low, though inner city areas were reported to be worse than outlying boroughs. 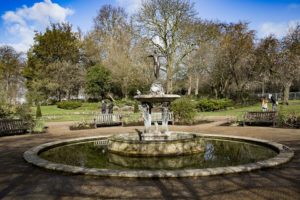 Hyde Park. 47% of London is green space. There are almost as many trees in London as people!

Perhaps London’s low rate of suicide has something to do with its abundant green space – 47% of the area! Apparently there are eight million trees there, which constitute the world’s largest urban forest. There is about one tree for every human inhabitant!

According to the Independent article linked above, Daniel Raven-Ellison, a founder of the Greater London National Park campaign, says his favourite London green space is Boston Manor Park in Hounslow. As far as parks go, Trip Advisor’s recommendations will be biased by the number of people visiting them, so the famous large and central ones, such as Hyde Park, will be more highly ranked. On the other hand, Timeout has compiled a list of London’s ‘prettiest secret gardens’, which include a Japanese roof garden in Bloomsbury and the Skip Garden at King’s Cross, where food is grown in waste products from nearby building works!

More ‘brass tacks’ for those moving to London from Edinburgh: Cockney rhyming slang 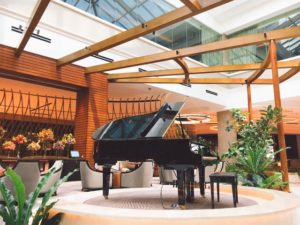 Can you see a ‘joanna’ in this picture? If not, perhaps you should learn some Cockney rhyming slang! (By the way, we move ‘joannas’ too!)

Edinburgh folk will probably be less familiar with rhyming slang than those from Glasgow, where there seems to be an overlap with Cockney rhyming slang. For those unfamiliar with this, here are the Top 100 Cockney Rhyming Slang Words and Phrases. What the site doesn’t tell you is that it’s quite common just to use the first word of the rhyming phrase, so you might call your friend (mate), your ‘china’, and not your ‘china plate’!

Now that you’re clued up about some of the good and bad aspects of London, we hope you still want to go there! If so, may we suggest you get a free quote from us for our Edinburgh to London removals service? We offer ‘a man with a van from Edinburgh to London’ and much more! (For example, we can move pianos too! Look up ‘piano’ here to see what it is in rhyming slang!)

P.S. Don’t forget to read our other articles on moving to London from Edinburgh: